Leah Lalich
Cooking up something good in the third issue of Ephemera Magazine: On Food.

We flipped through the (brand new) third issue with Editor and Creative Director, Maegan Fidelino, and talked about her favourite moments in the magazine, the organic relationship between the photos and words, and her dream of becoming a professional mood board maker.

“‘The avocado, a perfectly ripe shade of Kelly green arranged onto the toast like the bellows of an accordion…’ That is so beautiful. How do you talk about avocados like that?”

Maegan Fidelino is reciting a line from “The Rise and Rise of Avocados,” a piece written by Nourhan Hesham from the freshly launched third issue of her magazine, Ephemera (published by K&P). The third issue, exploring food, invited photographers and writers to pitch ideas surrounding consumption, nourishment, and its impending temporality.

These big picture ideas are an invitation to think more conceptually and provide a new, alternate and fresh perspective, something Maegan says is a large focus of the magazine, which explores “impermanence in a world of rapid change.” Ephemeral experiences represent a specific but special moment in time, but are short lived. 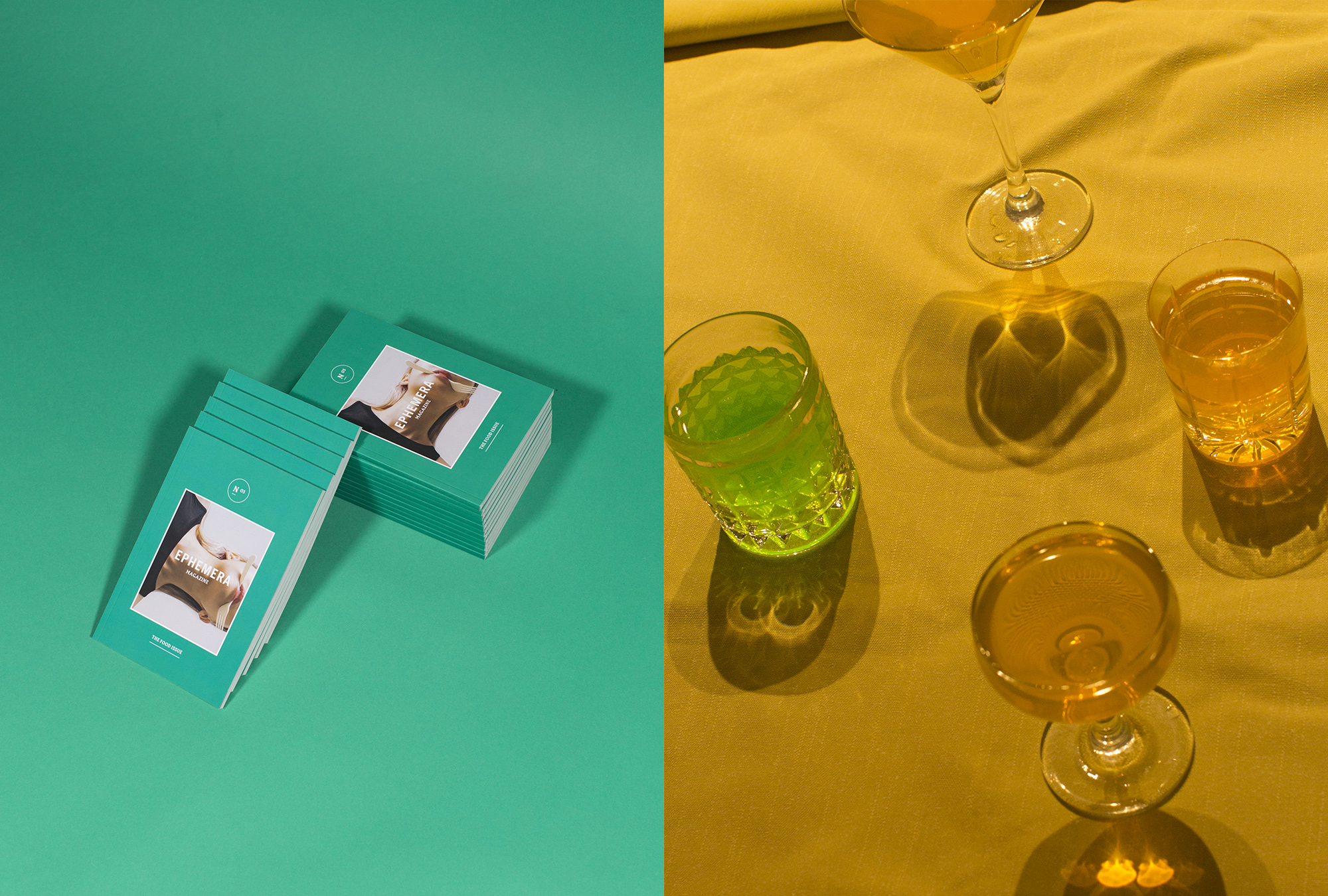 In regards to what the publication is about, this time around Maegan says her vision is more clear. “This idea of impermanence, people don’t really know what that means or how to write about it. Now that there’s a couple issues out I’ve been able to better explain myself.”

While Maegan tackled the big picture and narrowed the focus, assistant editor Stefan Chua was able to look at finer details, which she says contributed to making this particular issue stronger.

As a graphic designer by trade with experience working and interning at magazines, Maegan admits she didn’t know how to be an editor but always loved the medium.

But she knew she always wanted to start her own project. It all started when she picked up an art book about zines and magazines at the Vancouver Art Gallery. Shortly after, she told Dani Roche she wanted to make her own. That was May 2015. And Ephemera’s first issue came out in October of the same year.

Maegan, who carefully designed each page, says the aesthetics are another huge focus. “Being able to tell stories visually alongside really amazing written work? What more can you ask for?” Maegan, a lover of mood boards, says making a magazine helped feed that passion.

“I make a mood board for every single project I do. If I could get paid to make mood boards for a living I would do it,” she says. “That is my dream job and I would be incredibly good at it.”

As she flips through the pages, Maegan recounts some of her favourite submissions.

“‘Flora and Floura’ [a group piece by Julia Stotz, Caroline H. Hwang, and Natalie Shriver] was one of the first things I received that made me feel like this [issue] was going to go really well. It’s stunning. The way they did it was so creative. The photography is amazing and the styling is so good. I love how this looks different from conventional food styling. That was a big one.”

The data-centric piece by Simone Betito, “Honey, We F*cked The Bees” was another stand-out. “This is the best headline. She came up with it on the first draft and I was like, ‘OK, wow yes this is staying.’

Simone, who works with data in a more creative way, was researching the extinction of bees in response to our lifestyle choices. Maegan enlisted Christina Lo to do artistic data sketches. “It was a nice way to approach something that is so data and information heavy,” Maegan says. 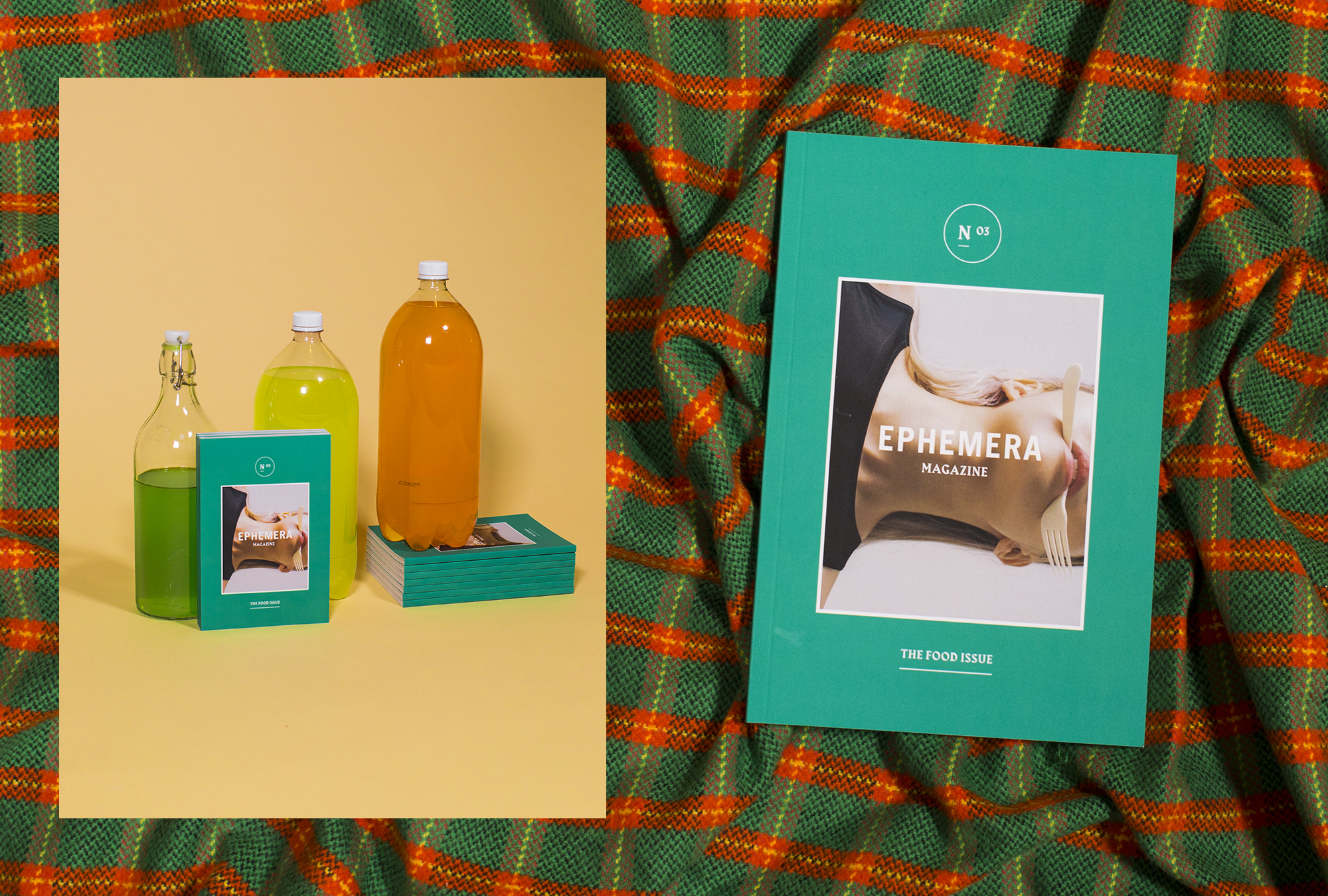 “Have you read Tasting Care? It’s so touching,” she says as she points to Maria Isabel Martinez’s piece, photographed by Alyson Hardwick. “They just had dinner with a bunch of their friends and took a bunch of photos. It was such a sweet thing to be able to give to them.”

“The idea that the contributors put work into it and are happy with the outcome and the process, and to continually be able to do that is something I look forward to.”

Ultimately, the magazine aims to feature voices of people who wouldn’t normally get the chance. And Maegan recognizes that with magazines steadily going out of print, it’s getting more difficult for artists and writers to have published, tangible work. Her aim is that the project acts as an accessible platform for new artists and writers to try out their skills.

While Maegan looks back on the issue, she says it’s hard for her to get excited because she’s already working on the next thing. And knowing the theme for issue four, it’s worth getting excited about, but I’ll let you wait and find out yourself.


Of course, you can also pick it up in the K&P shop.

How to Be Down with Art

In Pursuit of Success

Summer of Milestones And A Studio

Top Picks of the Toronto Art and Book Fair!