Nina Kolakovic
You know what they say, "Never trust someone you met on the Internet."

When I was 19 I met someone on the internet. I was seeing someone else when we first started talking, but that only lasted about a week because I started focusing all my attention on this guy who lived in another country. Throughout this long distance relationship, I stayed faithful and had no interest or desire to speak to someone that lived in the same city as myself — all the guys in Calgary all seemed boring and the same. Unlike them, he was older and lived in California which seemingly made him more interesting and cool.

At the time, I felt like people in my city had a preconceived notion of who I was. So of course, getting to know this person on the internet was like a clean slate. Eventually, I began to love and trust him; we would communicate with one another anyway we could. He also knew some people I knew, so I felt okay with the whole internet relationship thing. After a year of talking, I decided to take the plunge and visit him in Los Angeles.

I was really nervous when I first saw him. I was worried I would be taller or bigger in size than he expected (I mean, we’ve seen pictures of one another and regardless of being “in love” you’ll still choose the best ones with the best angles to send out). He seemed excited to see me and we immediately kissed and hugged. I didn’t talk much while we were driving on the highway; I was so nervous that my mouth felt dry (Did I have bad breath??). He put his hand on my thigh and I immediately felt self-conscious. Eventually the anxiety and nervousness wore off, and I started to feel more and more comfortable in my new setting. 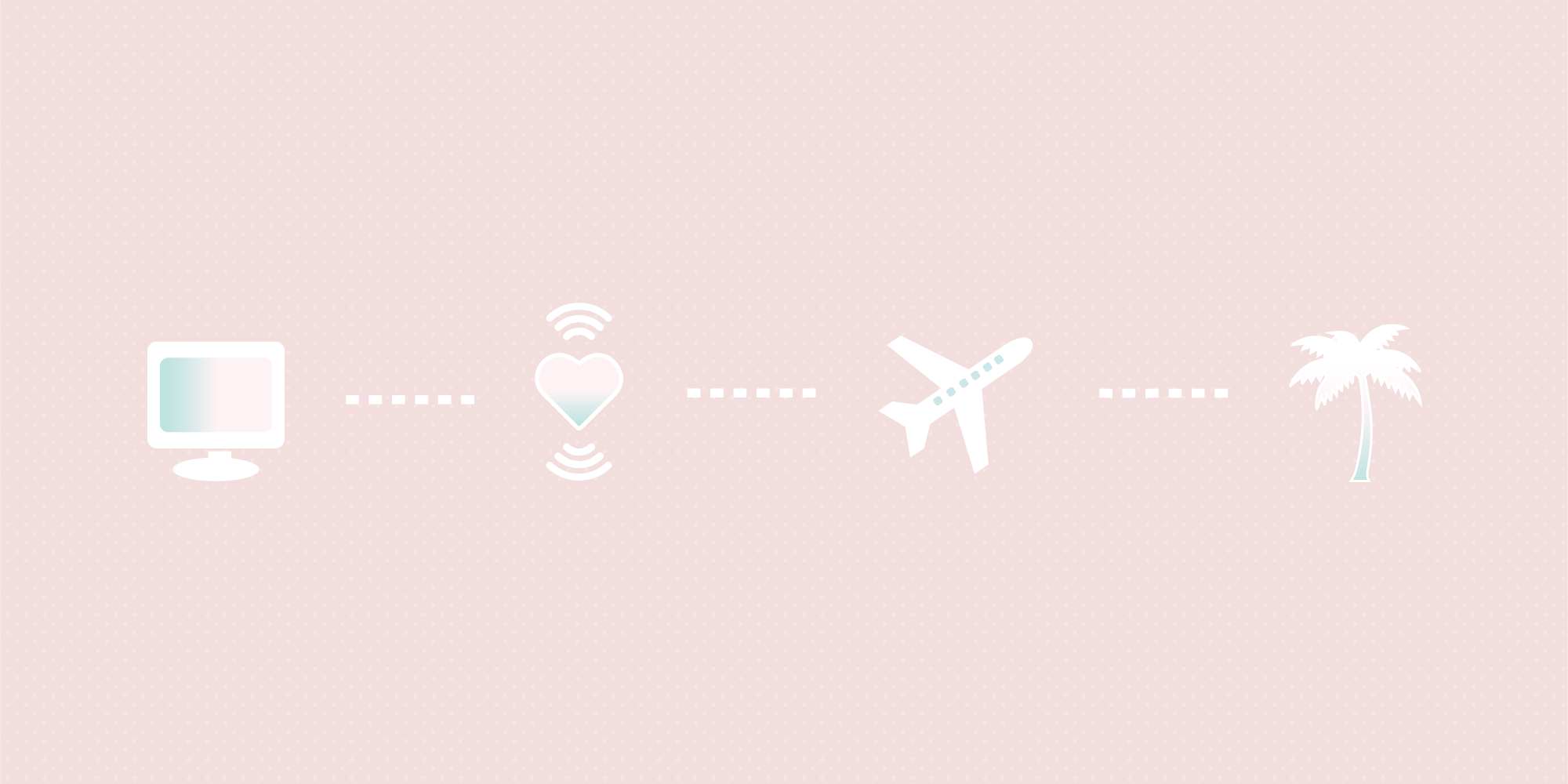 After a couple of blissful days, I received a Twitter mention from his ex-girlfriend (I knew it was his ex because I’d creeped her several times). In the tweet, she attached a screenshot of a text he had sent her recently, while I was visiting. I couldn’t finish reading because my eyes were welling up with tears until I was full-blown crying. I was laying in his bed, while he was taking a shower and as soon as he was finished, I immediately confronted him.

I lost my temper and as he started crying, he revealed that his ex was headed over to his place. In the midst of the tears and chaos, I ended up outside of his house with all of my luggage and no place to go. I remember seeing her smoking beside her parked car outside of his place, just staring at my swollen eyes. He followed me outside and told me not to go, but I continued to walked away as they both stood there. I eventually ended up at a motel on Melrose (it reminded me of where Daniel LaRusso in the 1984 ‘Karate Kid’ lived) using almost all of my money for a place to stay.

Despite the drama being on Twitter, I am thankful that his ex-girlfriend exposed him; she hated his guts and now I know why. His attempt at getting back together with her was immediately shut down and she wanted to ensure he felt some chaos in his life for even thinking of trying to speak to her. Unfortunately, that chaos involved me.

As it turned out, he was cheating on me the entire time. Not just messaging his ex-girlfriend (trying desperately to get back together with her) but also with other women in the city. I was devastated. He violated my trust. I remember him showing up to the motel because I begged him to; I begged him to tell me he was sorry and that all of this was a huge mistake. To tell me that he regretted what he had done and we could make it work, but it would obviously take some time. 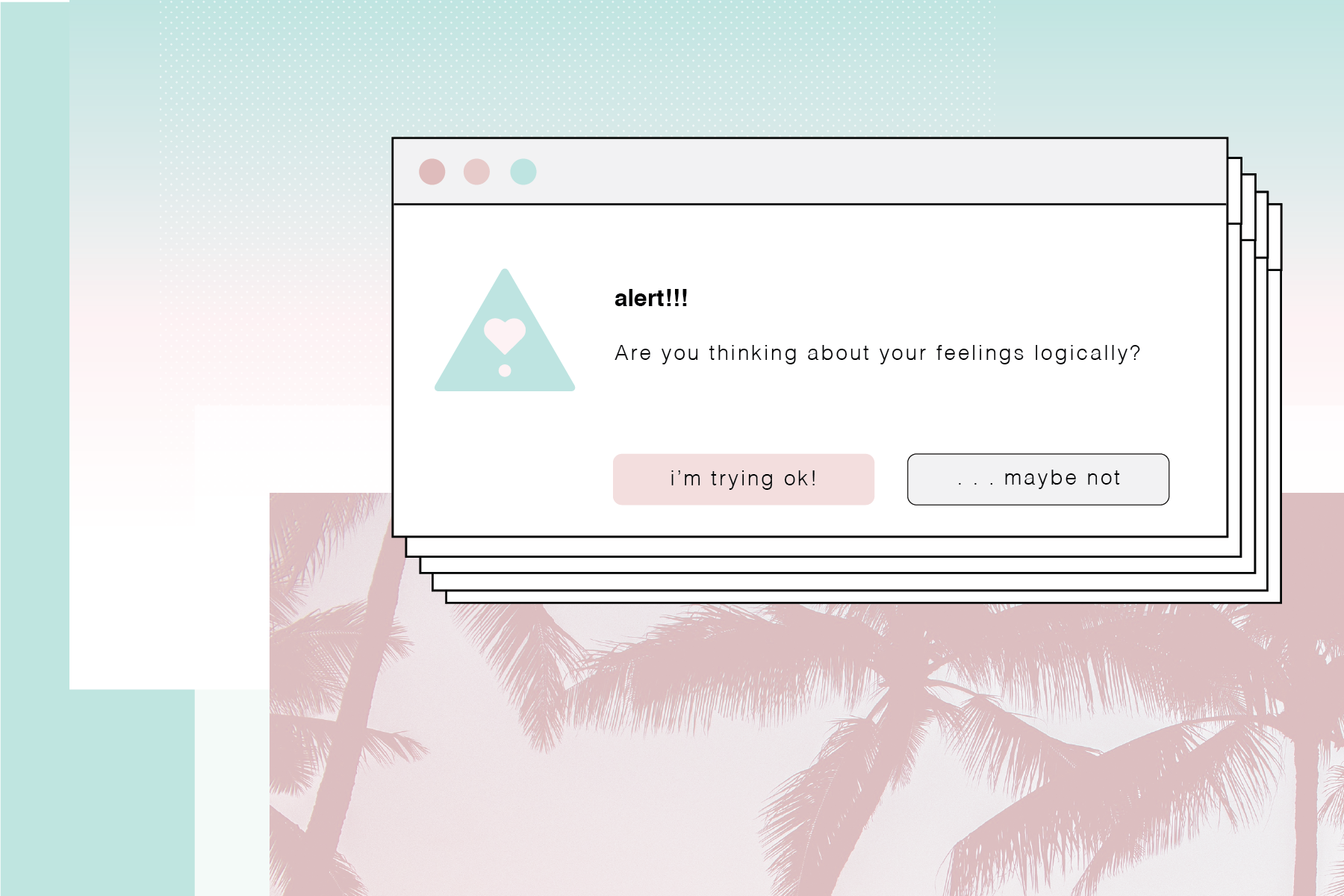 I realized that our relationship was never going to work out; it was bound to fail from the start. This wasn’t just a mistake, it was his intent to hurt me. He knew exactly what he was doing. The words we exchanged with one another meant nothing. I was disposable, replaceable, and I would never mean to him as much as his ex-girlfriend meant to him.

When I finally did get home, I was a completely different person. I thought I learned how to deal with the trauma of having an internet relationship go bad. My lack of self-realization became apparent in relationships I had after him. This wasn’t a constant feeling but it came in episodes; it would surface unexpectedly. I would feel confident in the relationship I was in and then suddenly all these negative thoughts would populate my head. I convinced myself that the person I am with does not actually want to be with me, that they have someone else in their life that is better.

What upsets me the most, still to this day, is his emotional grip on me. The feeling of helplessness; feeling my emotions and my reactions were no longer in my control. I was hoping that something or someone would be able to fix this. As if that was possible – someone saying something to you and it all just clicks and makes sense and you’re okay. Instead, I spent the last five years deeply examining these anxieties, insecurities, doubts in relationships, and anything in between. 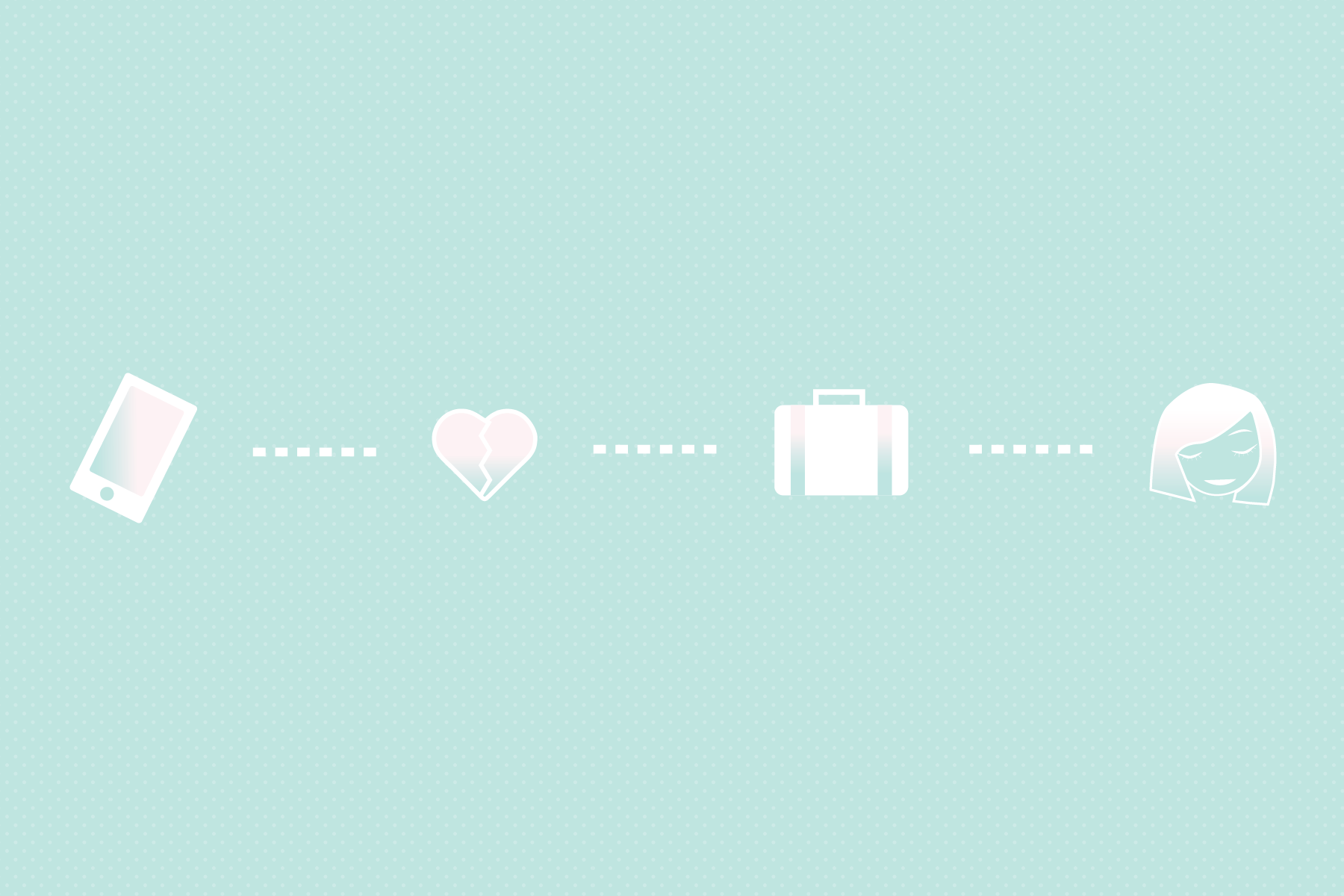 As a young woman, I was taught that it is my fault. I’m the one that went to see him, I should’ve known better. I’m the one that loved and trusted a stranger on the internet. For a long time, I blamed myself for the grief it has caused me. I’m still struggling because there are times where I think there’s a chance I will be hurt in my current relationship but I look at my emotions and I ask myself if what I’m thinking is reasonable. Is this something that is true? What are the facts to back this?

Luckily, I have someone in my life who encourages me to say how I feel, and I am reassured of my bravery for doing so. By having that support in my life, I’ve grown stronger. I’m not fully mended but what I do know is that traumas affect people differently and how I’ve gone about dealing with it is okay. I’m proud of myself for admitting that what happened in the past is still affecting me. I’m slowly learning how to be vulnerable and open up. I’m the only me, there is no other me, so it is important to take care of myself and acknowledge my emotions. Slowly but surely I am building myself back up again.

Nina Kolakovic is a student and a Gemini based in Calgary. She loves crime podcasts and Kim Kardashian. You can follow her on Instagram!

In Pursuit of Success
Clothing as Art Objects

Where Is Your Safe Place?

The Benefits of Living Alone

Greetings from the Unknown

Why Crying is Good For You

3 Things I Learned Being a Cam Girl

Purpose (not the Justin Bieber album)

Lessons of Self-Love As Told By Rihanna’s Anti

How to: Feel Better