Chantelle Blagrove
How many times have you downloaded, deleted, and then re-downloaded Tinder?

I think this generation spends so much time pretending like they don’t want/need/depend on love, yet we obsess around the adjectives of love. We love the attention, the time spent, the words said – but the actual work and commitment itself is something, through observation, I don’t think we fully grasp.

How many times have we broken up with someone but cyber-stalked their liked photos on Instagram to make sure they weren’t moving on to bigger and better things?

Love in this day and age makes no sense to me. I am an emotional Pisces that needs to conclude and make sense of everything. I wanted to explore the meaning of love with others around me. I needed to rationalize the ~why~ behind me feeling this way and if anyone else felt this way dating in 2016. Talking is therapy, so here I am pathetically attempting to make art out of two and half years of failing at dating to better understand an impossible topic – modern day love. 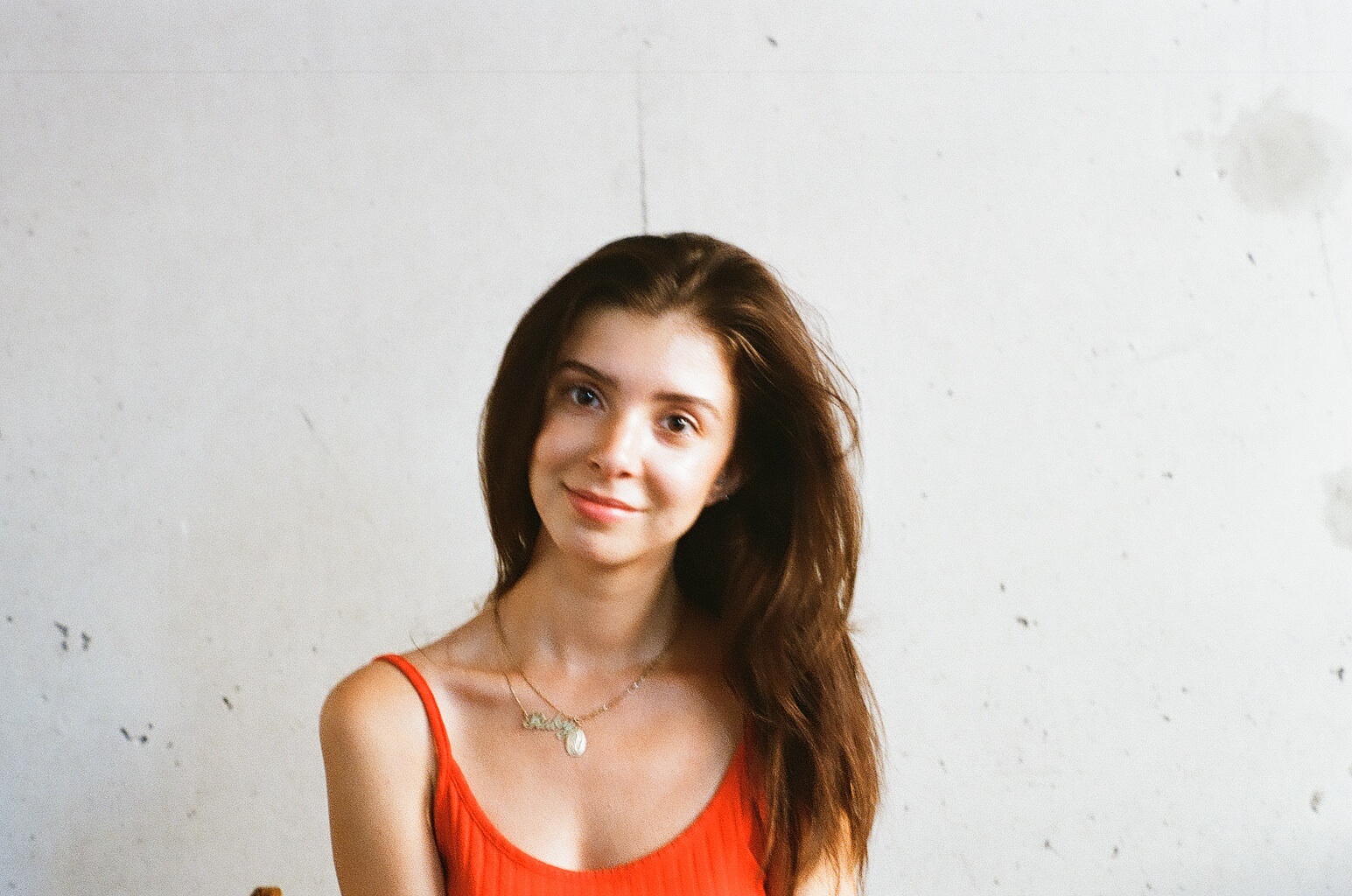 Back in January, I had just gone through all this boy drama, so I was just NOT seeing anyone and I was just bored. I was all like “there’s no one to date in Toronto, oh my God.” So my friend suggested I get this dating app called RAYA. Initially I was like “What the fuck is Raya?” basically it’s the Soho House of dating apps.

I think our generation has become the “Tinder Generation.” You lose one, there’s always going to be another person –- the swiping mentality; it has kind of ruined dating a little bit by making us unable to see a good thing when it’s right in front of us. But dating apps give us the option to explore other things. Reality is that we DO have more options, and we don’t have to be stuck in a relationship that’s not good for us.

I have had a couple of long distance relationships, and I think that technology has allowed those relationships to continue. If technology didn’t exist, I would not be able to date people from a different country, or relationships would have never lasted intercontinentally. I don’t think it changes the way you love someone as a person, I think it just kind of helps you to connect.

I think I’m a bit of a hopeless romantic in believing that love will transcend all obstacles but I think it’s a bit harder than that. I haven’t experienced forever yet, but I think that no matter what if you love someone that doesn’t stop. If you find that person, your love will be forever. 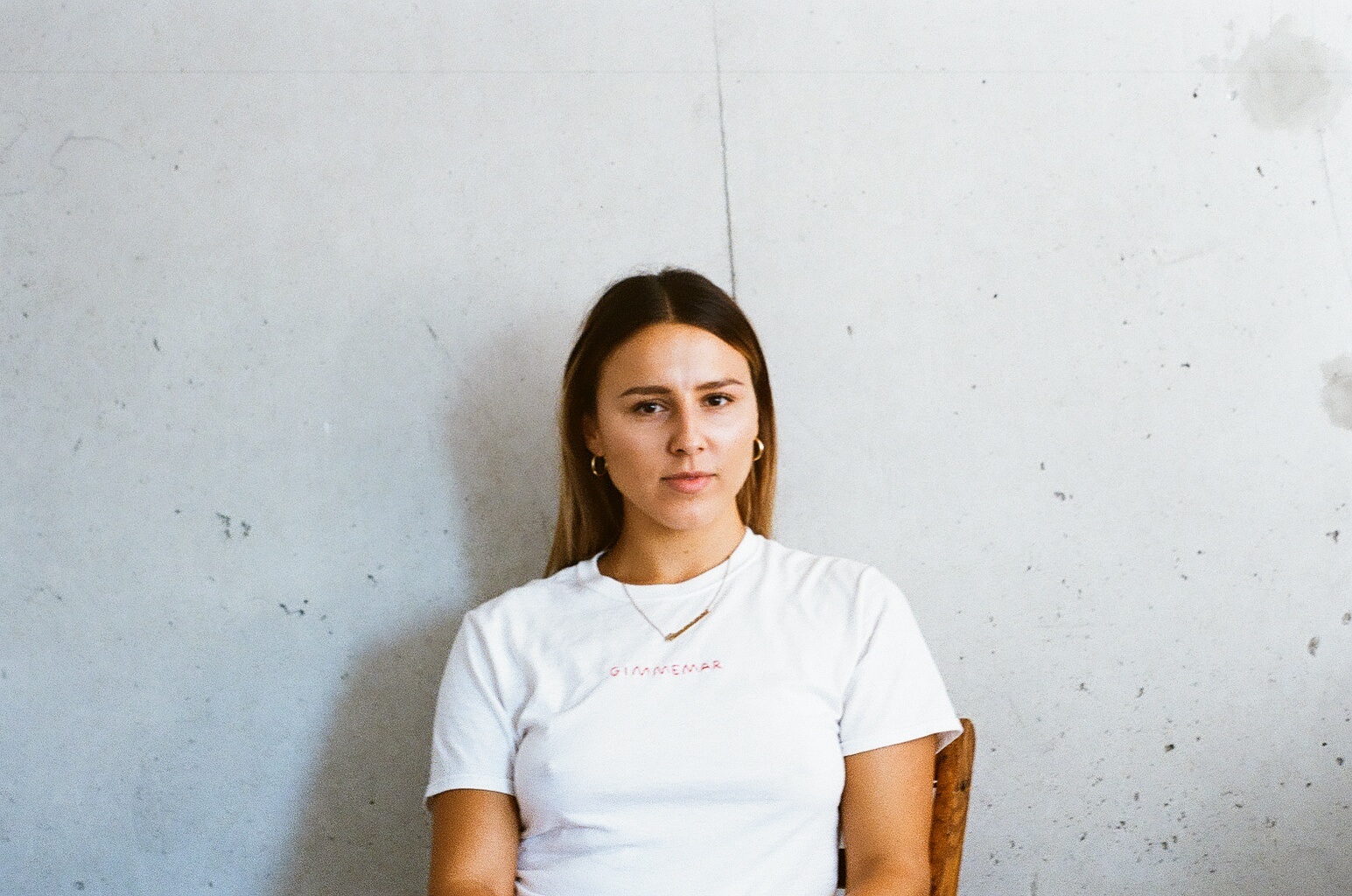 During the peak of social media, I remember going through my first boyfriend’s emails and text messages. Of course, back then it was young love so the only way in finding out was snooping. Love is a bit more mature for me now, I can simply just talk about our trust. I think every age group is different when it comes to trust. I will always be suspicious of another person’s intentions as I think it comes from my own personality and unintentionally flirting with people while networking and doing my job. I automatically think that the next person is doing that as well, but just taking it to the next level. I definitely go crazy a little bit. Now a days, even a simple “like” of a picture can offend you. “Why did you like that girls picture?” It has changed our reaction to trust. Social media is such an illusion.

We get caught up in this little fucking square that we hold in our hand and when you take yourself away from it all and you unplug, you start realizing that there’s so much more to it than just THAT. It’s almost like a Narnia black whole that you get caught up in and we watch the pictures, we get jealous, it triggers emotions, and its all so temporary. 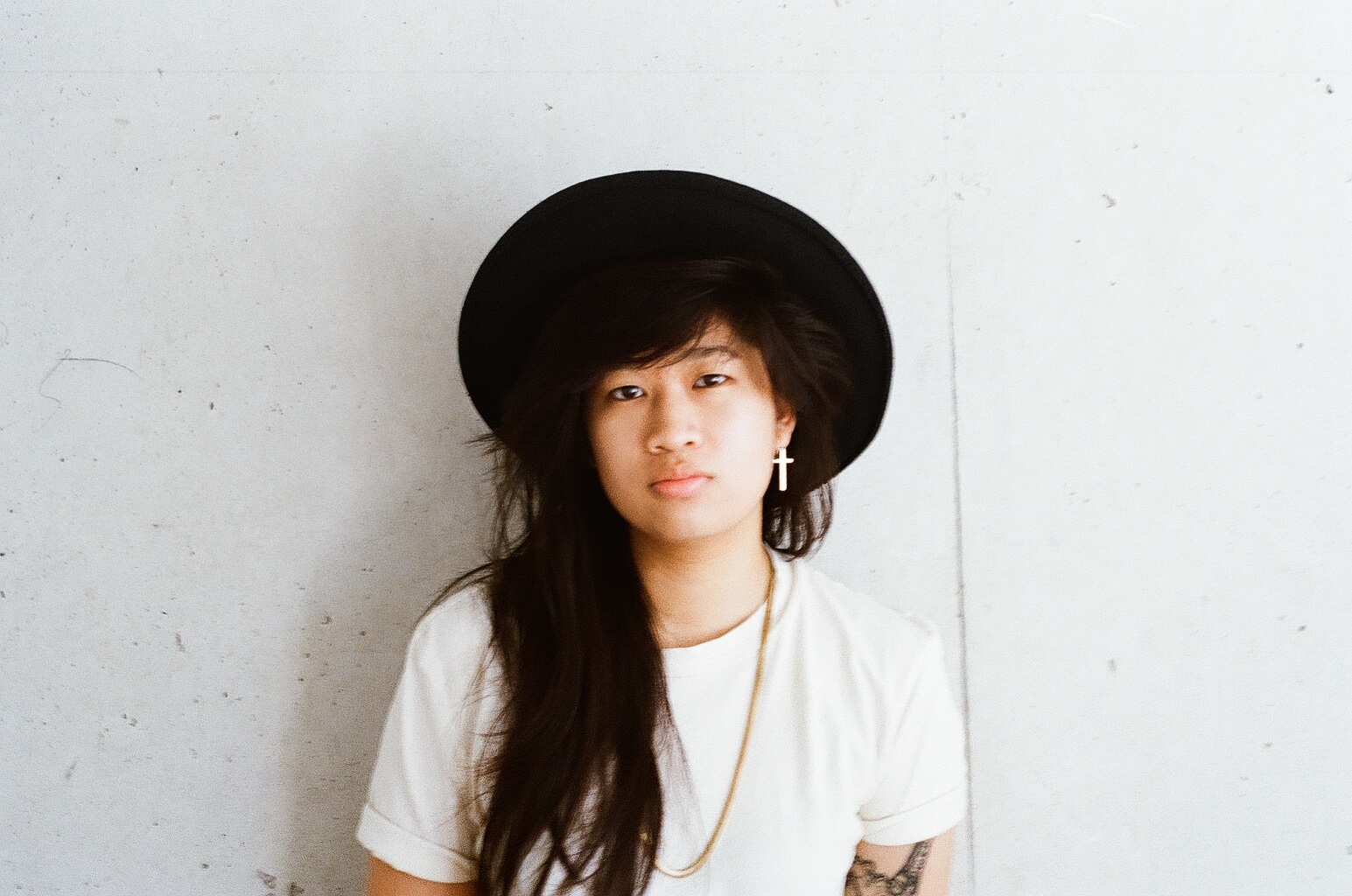 If you’re insecure, social media can be tricky. Even outside of the topic of relationships, you will find the thing that confirms your insecurities. Even if it’s not what it’s suppose to be, you’ll find it. If your partner likes someone’s photo, then you can turn the smallest thing into the thing what brings the end to your relationship. Mostly that’s on you. Social media is definitely the catalyst for why these things happen though.

I think that there is a pressure to perform now that everyone’s lives are on social media. Do you remember back in MSN days when people would put up their partners initials in their status with hearts and a date to claim their love? I think sometimes with social media some people feel like if other people aren’t validating their love then they don’t feel like they’re fulfilled. I feel like that’s a weird symptom of having social media. That’s not true for everyone. If you want to post pictures with your love and that’s your jam than it’s cool; although that does add a weird pressure for some people to put themselves out there whereas before you didn’t really have to.

We have the most freedom out of any other generation. Historically speaking, there were times where women weren’t allowed to be without a man, or just hang out with other women. Women couldn’t even get a divorce. Our generation is sentimental, but we are also not going to stay in this relationship if it’s not working. I think for so long our society has had a stigma of, “Oh you want to be single?” as being a bad thing and I think that our generation has grown up with the idea of I need to focus on me. 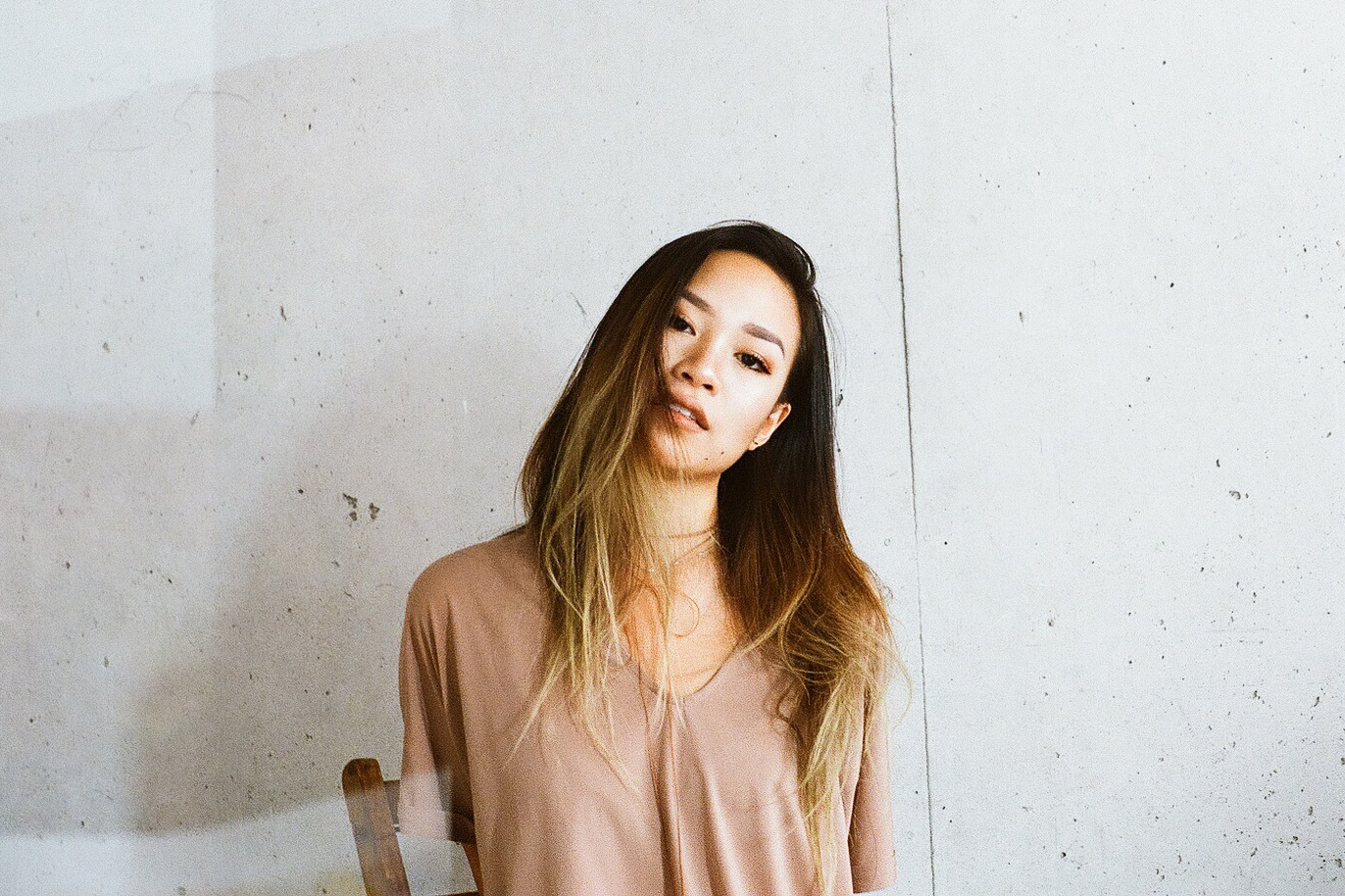 I have never met anyone online or been on any dating apps. Everyone I have dated I have known for a really long time. I love the history behind the person and being able to trust them for a very long time. There are so many expectations we put on ourselves because of social media. The way that we live, the way our loved ones should act towards us, the way that life should look. You open your Instagram everyday and people are shouting at you; “This is the perfect life.” It has definitely shaped the way we perceive what true love is. Having the ability to turn that filter of real life on and understanding that you never really know what’s going on behind the scenes is really important. I think it’s sad that it has gotten to the point that we need to step away from Instagram, a freaking app.

I think our generation has a problem with needing instant gratification. If something isn’t working out then we need to find something else that will make us feel better right away. Sometimes it could be a small problem amongst a really beautiful relationship, but it all comes down to the willingness to make it work. Instead of dealing with it, it’s easier to drop it. The message of “on-to-the-next” is so engraved in our society, it’s almost like you’re suppose to have that mentality.

Chantelle Blagrove is a emotional Jamaican who has a heart of a boy-crazed 16 year old girl attempting to understand human interaction by documenting it. Follow her on Instagram to see more of her work!

Book Report: You Can’t Touch My Hair
It’s Been A Sweet Year With @shopSTC

Books That Got Me Through Some Shit

Don’t Call Me A Vegetarian

My Life is Organized by Grids

Trying to Not Be Cool

Plants are Pets Too

WOW: From the Fingers of Kanye West